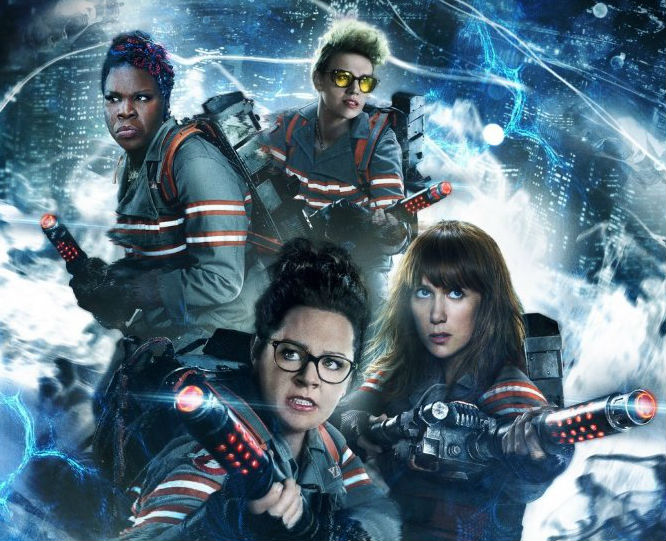 Despite the weight of expectations, this Ghostbusters reboot does exactly what it set out to do.

Paul Feig has already made the funniest movie of the decade so far in Bridesmaids (2011).
He followed that up with another great comedy that exceeded its understandably high

expectations with The Heat. Other than Paul Feig, those movies have two things in common. They both star the hilarious Melissa McCarthy, and they’re both R-rated.

Ghostbusters has Paul Feig and Melissa McCarthy, but it’s lacking that R rating. And even when you round it out with a great cast like Kate McKinnon, Leslie Jones and Bridesmaid co-star Kristen Wiig, without that R rating, the movie could only ever hope to reach a certain comedic height.

It’s rated PG-13, but probably could have been PG. It’s only the scary ghost scenes that might frighten younger children that give it the harsher rating, and not any of the adult humour you might expect from this cast with this director.

That being said, it’s as funny a PG-calibre movie as you’re likely to see. Each of the four leads and Chris Hemsworth do a great job, the special effects are very good and the use of 3D is seamless.

Of course, it’s not fair to judge this movie against the high standards of Feig’s two previous R-rated comedies. Yes, it would be hilarious if the script freed this cast to use the full range of their talents in an R-rated movie. But ultimately, Feig had to strike a balance – to make a movie that appeals to the adults who grew up on Ghosbusters (even the impossible to please fanboys), and to make a movie that would develop a new generation of Ghostbusters fans and perhaps relaunch the brand as a new franchise in the process.

I realized this balance was successfully achieved when I was in a restaurant shortly after the movie came out. At a nearby table a little girl, about seven years old, was pretending to be Holtzmann, telling her parents exactly how she would capture any imaginary ghosts that might happen to invade the restaurant all of a sudden while they were eating. When the original Ghostbusters came out over 30 years ago, that little girl would have been imagining she was either Dana Barrett, the damsel in distress, or Janine, the office secretary. Seeing her casting herself as one of the heroes raised an interesting question that should be answer enough for all the ridiculous fanboy criticism this movie has endured – Why can’t girls be Ghostbusters?